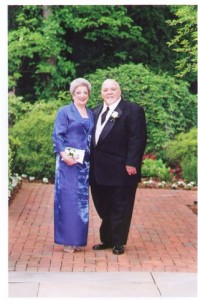 Mom and Dad at their best

This story is one of the reasons I chose the name for my blog.

My father, for almost his entire business career was as an importer/exporter. He started out working for my grandfather in the business, then formed his own business, the world-embracing “Rodriguez International” in the 90s. Among the many different food items he imported and exported over the years were artichokes, olive oil, peaches and popcorn (yes my single vice has its roots in the family business). For about the last 15 years of his life, at least, he was heavily involved in exporting legumes from the eastern reaches of Washington state to distant lands. To the delight of my friends, yearly, Dad attended the wonderfully named Pea and Lentil Council conventions, held mostly on the shores of exotic Spokane, Washington or Coeur d’Alene, Idaho. But sometimes, the conventions took the pea and lentil farmers and brokers to other locales.

So it was that one year, my parents flew to Hawaii for the annual Pea and Lentil Council convention. My Father differed greatly from other members of the council. He was more of a brash east-coaster, born in Brooklyn, bilingual and very well travelled. When I was little, Dad always seemed to be on a business trip and I remember hovering over his suitcase when he returned, wondering what goodies he had brought back for us. Spain was always a destination, but I remember India and Kenya somewhere in the early 70s too. My Mother travelled with my Father once in a while on business trips too and always went with him to the Pea and Lentil Council Conventions, including to the one in Hawaii.

Now, my Mother was also from NY; she was born and raised in Manhattan and that woman always had a sense of style. Going out in the City with my Father, on went the little black dress, pumps and the spritz of Arpege at the end. She inherited her sense of style due to family circumstances. My Mother was the only niece to a set of three aunts who owned their own clothing design companies, supplying women’s blouses and children’s fashions to high-end boutiques and department stores in NYC. So, growing up, if my Mother ever needed a dress to go out on the town, her own personal team of couturiers would whip something up for her, on-demand.

Now, the year my parents went to Hawaii for the Pea and Lentil Council, my Mother brought her classic sense of style to her clothing choices, wearing her LBD, pearls and pumps to the dinner/dance. While she was in the powder room freshening up, in walked the wife of what I can only imagine was an Idaho-based farmer.

This woman took one look at my mother and in a loud drawl exclaimed “Well, LAH-DI-DAH”.

Mom always laughed when she told the story and it makes me smile to this day, even with Mom gone 4 years. And so it is that the name of this blog is partially in honor of my Mother.